Hindu Kush comes from the mountain range between Pakistan and Afghanistan. It takes its name from the same Mountain range as “Hindu Kush”. It is deemed the most popular cannabis strain throughout the world and the very usage of the word “Kush” with CBD products originally came from the Hindu Kush. It is a pure Indica strain. A sweet and earthy aroma combined with deeply relaxing effects makes this strain Stoners’ favourite.

In effect, it is very similar to hash because of its origin’s harsh weathering conditions. It also varies largely from person to person. A first-timer can smoke HK and go in a complete blasting mode while a moderate user will only feel relaxed and more control over the mind and body. The couchlock feeling is also commonly associated with this strain as it fogs the brain drag after drag with deep relaxation and soothing sensation. Some psychedelic effects also have been reported by many users; it can cause visual distortions and can make the consumer feel strange to his/her own body. While all of this will be going on, the consumer would be in a happily motionless position for hours.

The side effects that have been reported by the users include dryness of mouth (common for every Indica based strain), paranoia, dizziness, and anxiety as 35% for mouth dryness, 8% for being paranoid, 8% reported dizziness and only 3% felt anxious. The high of Hindu Kush is known as a gradual one that’s completely taken on the smoker with its potent sedation.

The Hindu Kush is used to relieving muscle pain, stress disorders, and nausea. As every Indica strain is more leaned towards soothing and calming effects, Hindu Kush makes it true for the tranquility seekers. 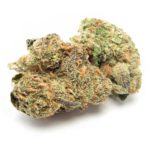 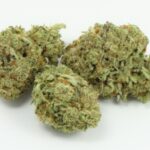 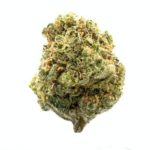 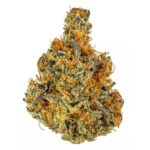