As the name suggests, this pure Sativa strain is native to the island of Jamaica. This strain became a landrace for Jamaica only after it was brought to Jamaica by Indian servants under the British rule. It is extremely rare and many times disguised as Hybrids because of its outlook as compared to the commonly packaged strains. Since the strain is pure Sativa, it is safe to consume in the day time.

It’s organically pungent both in its taste and the aroma. Users have reported Jamaican’s aroma as “skunky-sweet”. In appearance, the leaves are thinly dispersed and wispy and cannot in any form look similar to compacted hybrids. The coloring of leaves varies from forest green to dark green. It has a harsh and stinging feel to the throat when exhaled.

It is very popular for its potent effects of energizing the thought process and cerebral activity, unlike the Indica. Feeling highly creative, focused, energetic, and yet Euphoric are the most commonly associated effects of the Jamaican strain.  The high from this strain is usually reported to have stimulated the mental activity among 90% of the consumers. As for the “good vibes only” part, Jamaican strain has been reported to give a happy trip to 76% of its users, Uplifted and energetic mood to 67% consumers, relaxed and creative feeling to almost 62% consumers, and Euphoria to the 55% fortunate consumers.

It is not for indoor growing or cultivation because of the requirement of a tropical climate and also it can quickly outgrow the indoor settings. Some users have also reported increased social orientation and talkativeness. Like other landraces, Jamaican’s pricing also depends primarily on the two main factors i.e. Potency and stability. The flowering of the Jamaican strain as compared to other Sativa strains takes quite a long time which can go up to 5 months for a complete flowered strain. 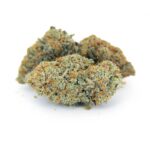 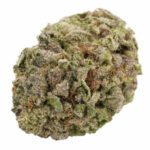 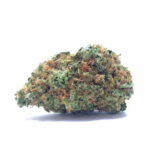 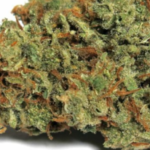 Be the first to review “Jamaican Kush” Cancel Reply