Where does Tuna Kush come from? No one actually knows. But one thing that everyone knows is that wherever it goes it gives a good long buzz that is not easily forgotten by the consumer. Its breeders are also anonymous so far and no one knows the exact composition of Tuna Kush.

Appearance, Odor and some Tips to Smoke Tuna Kush

Leaves are mint green with darker green accents and orange hairs coming out of this compact rounded nug. If it’s organic, it is recommended to take off the extra leafy part from the bud because otherwise, it covers the whole taste behind a herby or leafy taste. In the case of synthetic (which is usual) it is safe to just give some crush and then pack into a nice and clean joint. The best part is its HIGH consumption even after knowing about its unusually displeasing odor.

The odor of this strain may vary; if it’s organic the aroma will be earthy and fresh herbs and if it is produced commercially to fulfill a mass demand, then it is usually associated with a strong skunky odor. That is where it takes the name from. The buds at burning emit an odor that is similar to a rotten Tuna. Although, having this much skunky smell, it is very much preferred in North America and especially in Canada.

Effects and Treatment of Ailments

Only a Tuna Kush consumer knows why they swallow up this strong potent odor and their convincing point always remains that it gives the best Indica high among all the pure Indica strains. Once a user gets the right technique of getting that smell out of their system after smoking it, then the relaxing part starts. Being rich in Indica, it gives a very pleasant relaxed high and therefore very much advisable if someone wants to treat their ailments, mood swings, and insomnia. 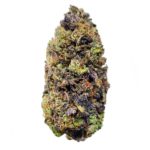 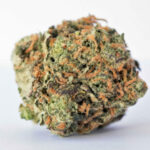 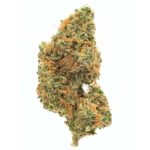 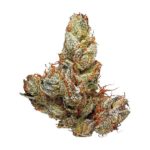 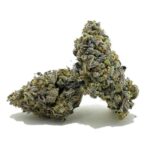