Acapulco Gold is one of the most popular strains, Acapulco Gold has been considered to be associated with dinner at a five-star restaurant. This strain has attained its name from the area in and surrounding Acapulco, Mexico. Acapulco Gold has a significance for being one of the best cannabis strains ever developed, and it’s becoming more difficult to find it easily.

It has orange hairs comparable to a gold nugget, with gold, green, and brown colors and abundance of resin on the buds. An aroma of burnt toffee endures when this bud is dispersed.

While its exact genetics remain a mystery, Acapulco Gold is a popular and historically significant sativa-leaning crossbreed that thrives in outdoor grow atmospheres and is native to Acapulco, Mexico. As indoor cultivation becomes the go-to method for many cultivators, the actual Acapulco sativa is considered to be a bit of an anomaly within modern-day cannabis cultivation domains.

Known to produce an energetic and cerebral high, a true Acapulco Gold plant is distinguishable by its sativa growth traits, generating lumpy colas that varies from dark green to golden brown in color. The strain has an aroma that gets characterized as burnt toffee, Acapulco Gold is reported to generate an earthy and intense taste upon consumption.

Although the strain is best served for outdoor growing condition, cultivators should have less difficulty with the newer generation of Acapulco Gold seeds. Following a 60-to-70-day flowering period, one Acapulco Gold strain is reported to yield up to 500 grams per square meter indoors and, if suitably planted outdoors in the Northern Hemisphere by mid-October, up to 1 ½ kilogram per plant.

Generally, the people suffering from disorders such as General Anxiety Disorder or PTSD use this strain to find relief from stress and anxiety. Those who are struggling with depression use it to lift their mood. The body high can also reduce old aches and pains. 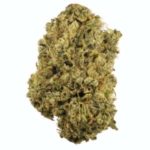 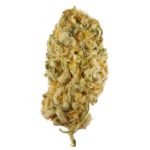 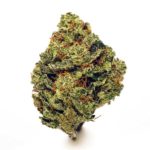 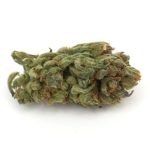 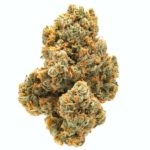 Be the first to review “Acapulco Gold (THC 24%)” Cancel Reply