San Rafael ’71 is a renowned cultivator of Cannabis products. Their history goes back to 1971. Five friends gathered in California to find a mysterious Cannabis crop that was never before seen. Their meeting place was San Rafael and the time they set for the regular meeting was 4:20.

Although that mysterious Cannabis flower was never found, fortunately, we have the powerful Pink Kush now, thanks to San Rafael ’71. This strain is also known as Pink OG because of its closely related cousin OG Kush. The Pink Kush is a 90% Indica dominant hybrid strain with THC levels of 19 to 24%.

Pink Kush by the breeders San Rafael ’71 is a potent Indica strain that will induce an extremely potent full-body high. It is as desired as the popular OG Kush because of its similar effects but with more control. The strain has gained its popularity because of the full-body high effects in Pacific North West and Canada. This strain is often considered as an overpowered strain due to the quickly mounting high.

The Pink Kush strain grown by San Rafael ’71 has a beautiful appearance. The name given to this strain is well deserved, and it keeps its honour. The beautiful bright green buds and the vibrant pink hairs popping out from underneath give it an excellent appearance. The trichomes sparkle from under as they are sugar-coated.

When it comes to aroma, Pink Kush has it on top. Sweet candy-like vanilla aroma with a fantastic Indica flavour makes this strain extremely wanted.

Since the strain is overpowering and rich with THC, it has been proven to treat several medical symptoms and conditions even with smaller doses. 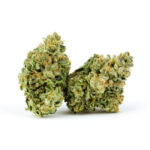 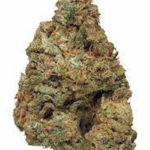 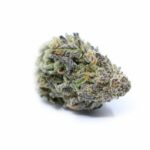 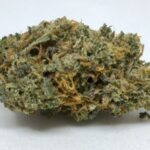 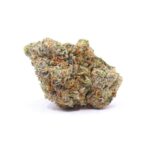 Be the first to review “San Rafael ’71” Cancel Reply