Earn 1 Bud Buck for every ($) dollar you spend. When you've earned 500 bucks or more, you can redeem them during checkout. To get started, simply Create an Account. Your balance & history will be in your dashboard.

Black Diamond is an Indica marijuana strain from Northern California. It is the ideal strain for patients who need strong medication but still want to be active and friendly. A cross between Blackberry and Diamond OG, its flowers have a glittery trichome covering and purple colouring that makes it a beautiful gem to look at. The strain’s aroma is musky and earthy, almost like a deep red wine. Black Diamond is known to cause fits of giggles and is a great strain for hanging out with friends or catching up on TV shows at home.

The most prominent and expected side effect of Black Diamond is the typical dry mouth and dry eyes that follow almost every single marijuana strain in existence. However, the intensity is much more vigorous with Black Diamond, necessitating you to keep a glass of water and possibly even a damp dish towel on hand to help fight off the unpleasant dryness. The next most commonly reported side effect is an increase in paranoia. This is most likely to happen if you already have a propensity to paranoid thoughts or a persistent smoker.

The flowers of the Black Diamond strain have an exciting quality. Instead of most marijuana plants’ regular appearance, their flowers are instead strangely long and curling, almost looking entirely like a flat circle. This causes buds that mimic their arrival, with a very dense structure that is nearly difficult to break up with these uniquely strange flowers.

The first aroma of the Black Diamond strain is strongly berry-like, reminiscent of its Blackberry parentage. However, instead of the powerful acidity and tartness of Blackberry, Black Diamond has an underlying element of worthiness that smells rich, vibrant, and powerful.

The most common medical use of the black diamond strain is to help combat issues arising from a large amount of stress, especially concerning battling insomnia. It is also known for its massive mood-lifting properties and its propensity to encourage complete and total relaxation and easy-going feelings. 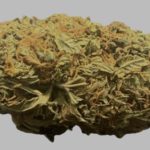 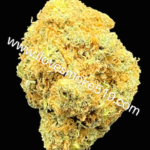 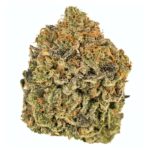 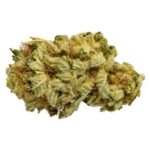 Leave feedback about this Cancel Reply